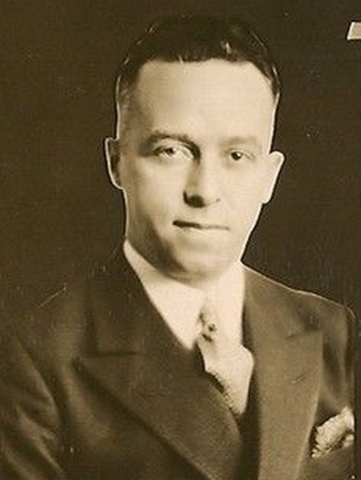 Tobin was a senior executive with the Chicago Black Hawks for the team's first 36 years of existence, also serving as coach for parts of two seasons. From 1946 to 1950, he was also the team's principal owner.

Tobin was a goaltender for several senior hockey teams of the Ottawa City Hockey League before signing with the Edmonton Eskimos of the Big-4 League in Alberta. His signing provoked a controversy that helped to end the league. Tobin's eligibility to play for the Eskimos was questioned and an inquiry was held. The Calgary Tigers, upset with the makeup of the panel which investigated Tobin's status, refused to accept the decision and refused to play the league championship against Edmonton. Calgary broke from league affairs along with other Calgary teams, leading to the league to fold. Tobin played from the 1920–21 season until 1924–25 with Edmonton, which moved to the Western Canada Hockey League.

In 1926, Tobin helped found the new Chicago Black Hawks organization. Tobin, out of hockey, sought a job in ice hockey and he travelled to Chicago to seek work with the new Black Hawks organization. New owner Major McLaughlin ran the team, and Tobin was his assistant. Tobin was head coach of the Black Hawks for parts of two seasons, 1929–30 and 1931–32. He was promoted to president of the club in 1938. He was included on the Stanley Cup team picture with Chicago as executive in 1934 and 1938. However, his name was only included on the Cup in 1938. He retained the title of president until 1950, when James D. Norris and Arthur Wirtz took over and he held the title of vice-president and head of hockey operations until 1954 when Tommy Ivan was named to the post of head of Hockey operations.

From 1946 to 1950, Tobin was part-owner of the Black Hawks. However, it was an open secret in NHL circles that Tobin was a stand-in for Detroit Red Wings owner James E. Norris who had helped Tobin put together a syndicate to buy the Hawks from the estate of founding Black Hawks owner Frederic McLaughlin. Norris had been the Black Hawks' landlord since 1936, when he bought Chicago Stadium. While NHL rules prohibited the ownership of multiple teams by one owner, the arrangement allowed Norris to control the two teams. In 1950, Tobin sold his share of the Hawks to James D. Norris and Arthur Wirtz.[1] He retained the title of vice-president of the team after the sale, until his death in 1963.