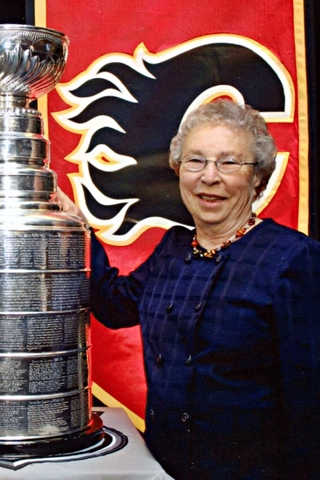 Ralph Scurfield, Sonia's husband, was part of the original consortium that bought the Atlanta Flames in 1980 and moved them to Calgary, Alberta, and Sonia inherited his interest upon his death.