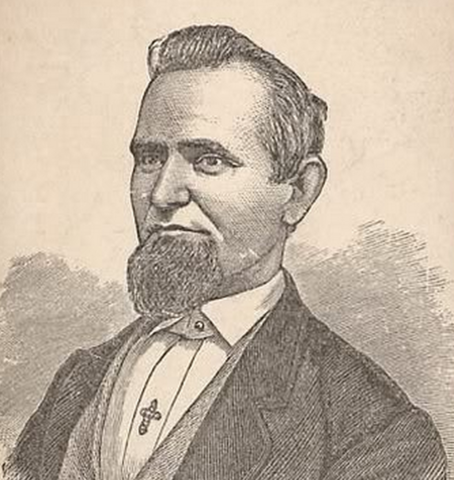 Son of Hervey and Rachel (Paine) Partridge. His family moved to Dedham shortly after his birth, then to Newton Upper Falls, and finally made their home in South Royalston, where he worked with his father at blacksmithing and farming. When the route of the Vermont and Massachusetts railroad was laid out, he worked with the surveyors, and later he engaged in furnishing provisions to the families of the men employed in the work of construction. He then came to Boston, and after a year spent with his brother at 78 Federal street, he established himself in the auction business at 49 Hanover street. His next venture was in wholesale and retail fancy goods and Yankee notions, at the same location; and later, on the demolition of this building, he established himself at 105 Hanover street. The building also was shortly afterward torn down, and he moved to another location near by, where he continued for twelve years. Still another change becoming necessary, he took the premises at Nos. 51, 53 and 55, where he remained for a few years, when the business was removed to 84 Franklin street. In course of time, his son-in-law, Benjamin F. Hunt, and subsequently his son, Frank P. Partridge, were admitted to partnership. Benjamin Hunt was in charge of importing goods from Europe and Frank Partridge expanded the sporting goods department. It was at this time that sporting goods began to be advertised in their flyers and the company name was changed to Horace Partridge & Co.

Mr. Partridge was a pioneer in the Christmas toy and the Christmas present trade. In 1855 he needed more space, and a great building, 63 to 97 Lincoln street, was built largely for his use. This was ruined by fire March 10, 1893, but was restored. Since he established himself in Boston, he built and owned more than 100 dwelling houses, and he had a village in Somerville of 50 houses. He was a life member of the Massachusetts Horticultural society, and had been a member of the Ancient and Honorable Artillery company for more than 30 years. Mr. Partridge was married June 17, 1847. His wife was Miss Martha Ann Stratton, daughter of Samuel and Livia (Rawson) Stratton, of Gill, Mass. They had five children.

Horace Partridge & Co. supplied military uniforms, and sports uniforms, including being the official supplier of The Boston Red Sox uniforms and some of their baseball equipment.

They also supplied uniforms and equipment to The Boston Braves.

The Horace Partridge & Co. were involved in many types of athletic and sporting goods besides baseball including, Archery, Croquet, Tennis, Skiing, Basketball, Football and of course Ice Hockey.

The Boston Bruins had their uniforms made by Horace Partridge & Co. for many years.
They also made Ice Hockey Gloves, Goalie Gloves, Shin Pads, Ice Skates and other Hockey Jersey's.