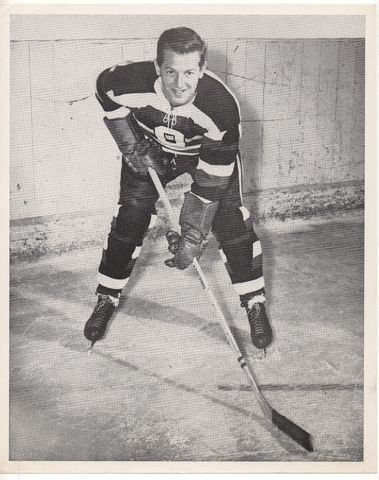 In 1944-45, Emberg spent three games with RCAF, then played 12 games with the Quebec Aces. The highlight of his season, however, came in when he played two games with the Montreal Canadiens during the 1944-45 playoffs, scoring a goal against the Maple Leafs’ Frank McCool in the first round.

Emberg was the only player to score a goal in the NHL while playing only playoff games.

Despite his success with the Canadiens in his short stay, Emberg did not get back to the NHL level again in his career. After his playoff with Montreal, he spent the next season back with the Quebec Aces. His next season was split between the Valleyfield Braves and the Boston Olympics, but by 1947-48, Emberg settled into a five year run with the Ottawa Senators of the Quebec Senior Hockey League.