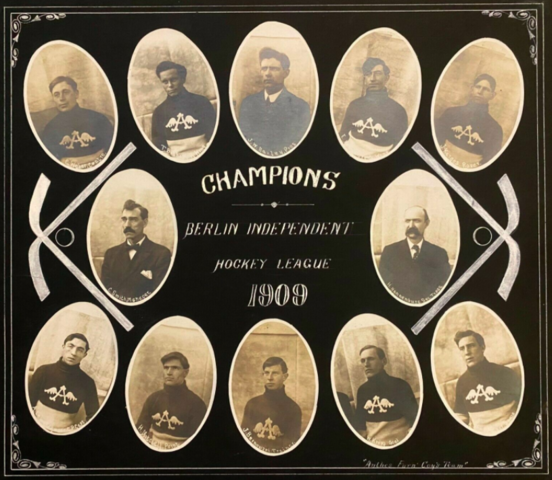 Through the latter half of the 19th century and into the first decade of the 20th, the City of Berlin, Ontario, Canada, was a bustling industrial centre celebrating its German heritage. However, when World War I started, that heritage became the focus of considerable enmity from non-German residents within the city and throughout Waterloo County.

In 1916, a movement began to change the name of the city. It did not have the support of the wider community. A contest was held to choose a new name and the results were ridiculed. When news hit that Britain's Minister of War, Lord Kitchener, was killed in action off the Orkney Islands, his name was put forward as a possible replacement, and the whole matter was put up to referendum.

The referendum itself did not give Berlin residents the option of maintaining the status quo, and anybody who spoke up against this process was viewed with suspicion. According to an article from the National Archives of Canada,[1] "Those citizens who supported the status quo were immediately perceived, by those who wanted change, as being unpatriotic and sympathizers with the enemy. Violence, riots and intimidation, often instigated by imperialistic members of the 118th Battalion, were not uncommon in the months leading up to the May 1916 referendum on the issue."

Unable to oppose the change, the community stayed home. Only 892 people bothered to vote (Berlin's population at the time was over 15,000) and of those, just 346 were enough to change the name of the city to that of Kitchener. Following the referendum, a petition of 2,000 names was sent to the Legislative Assembly of Ontario to try to stop the process, but they were turned down.