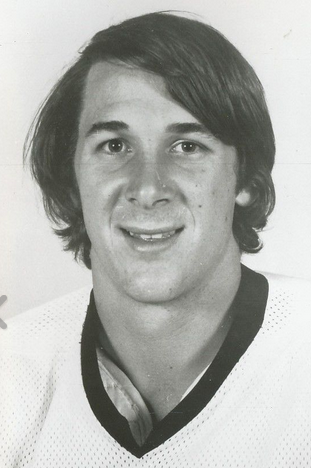 Milbury was a three-year letterman at Colgate University from 1972 to 1974. A defenseman who wore uniform number 7, he was the team's co-leader in assists with 19 in his junior year. As senior captain, he had his best season with the Red Raiders with 30 points (4 goals, 26 assists). He also led the squad in penalty minutes in both campaigns with 68 in 1973 and 85 in 1974. His totals in 76 games played were 6 goals, 55 assists, 61 points and 203 penalty minutes.

Immediately after the conclusion of his college hockey career, Milbury played in five games with the Boston Braves, the Bruins' top farm team, in 1974. He signed with the Bruins as a free agent on November 5, 1974, and spent the next two campaigns with the Rochester Americans, the team's new American Hockey League (AHL) affiliate. In both seasons he led the club in penalty minutes with 246 in 1975 and 199 in 1976, finishing fourth and third respectively in the AHL.

He was promoted to the Bruins late in the 1975–76 season, playing in eleven of twelve Stanley Cup playoff matches. Prior to the following NHL campaign, he was a member of the United States team at the inaugural 1976 Canada Cup, getting a goal and three assists in five contests.

In his first three full years with the Bruins, his heavily aggressive style of play was a perfect fit for the overachieving team coached by Don Cherry and featuring similar tough players such as Terry O'Reilly, John Wensink and Stan Jonathan. Milbury helped his team reach consecutive Stanley Cup Finals in 1977 and 1978, with Boston losing both times to the Montreal Canadiens in four and six games respectively.

In his twelve seasons as a defenseman for the Bruins, he appeared in the postseason eleven times. He accumulated more than 200 penalty minutes in 1981 (222) and 1983 (216) and surpassed 100 six other times. He also served as the club's representative with the NHL Players' Association and was outspoken on several controversial issues.

Milbury became head coach of the Boston Bruins in the 1989–90 season, leading the team to the Presidents' Trophy and an appearance in the Stanley Cup finals. He was named Executive of the Year by the Sporting News.

During several of the years that Milbury served as Islanders GM, the team's ownership mandated that he operate the team on an austere budget. In 1999 he was forced to trade star scorer Zigmund Palffy because team owners no longer wanted to pay his multi-million dollar contract.

However, Milbury has also been criticized for the many decisions he made in which payroll or orders from upper management were not factors. Many young players and prospects that Milbury traded away went on to have distinguished careers, often eclipsing those of the players he received in return. He has traded away defensemen Zdeno Chara, Wade Redden, Bryan Berard, Eric Brewer, Darius Kasparaitis, and Bryan McCabe; goaltenders Roberto Luongo and Tommy Salo; as well as forwards Olli Jokinen, Todd Bertuzzi, Tim Connolly, and Raffi Torres. Milbury has also come under fire for his draft day decisions such as choosing Rick DiPietro first overall in 2000 over Dany Heatley and Marian Gaborik, as well as his decision to include the 2001 second overall draft pick (Jason Spezza) as part of the Alexei Yashin trade.