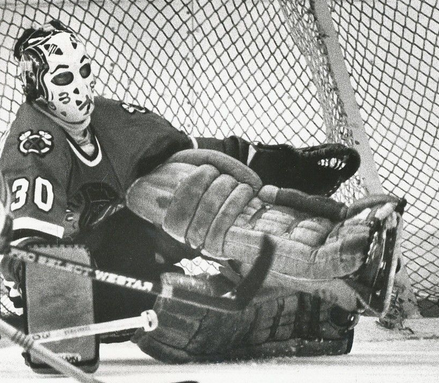 Bannerman spent most of his career with the Chicago Black Hawks. In 1983, he was a part of the Campbell Conference's roster at the 35th National Hockey League All-Star Game.

Bannerman's NHL career started with the Vancouver Canucks in the 1977-78 season, where he played one period for the team on February 4, 1978, allowing 0 goals on 7 shots.

Bannerman was the 'player to be named later' when he came to Chicago in 1978. Pit Martin, once traded for Phil Esposito, was dealt by Chicago to Vancouver in 1977

Tony Esposito's backup for the early portion of his career, Murray Bannerman finally got a chance to shine in the first round of the 1982 playoffs. He won his first two games—on the road no less—and powered his Chicago team to a series victory over the Minnesota North Stars.

Bannerman became the number one goalie in Chicago the next season, with Esposito acting as his backup, and eventually tended goal twice in the NHL All-Star game for his yeoman work in the Hawk net.