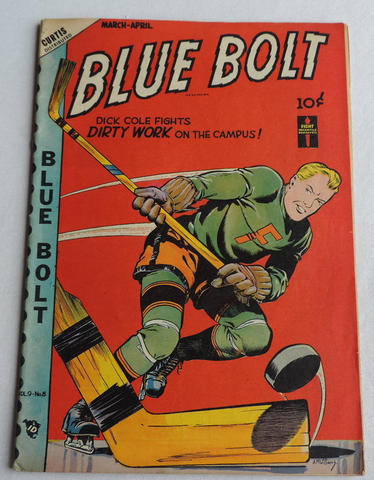 Blue Bolt is a fictional American comic book superhero created by writer-artist Joe Simon in 1940, during the period fans and historians refer to as the Golden Age of Comic Books.

Initially published by Novelty Press, Blue Bolt Comics, one of the earliest comic books titled after a single character, ran 110 issues, cover-dated June 1940 to August 1951. Its namesake hero was created by writer-artist Joe Simon for Funnies Inc., one of the earliest comic-book "packagers" that produced outsourced comics on demand for publishers entering the fledgling medium.