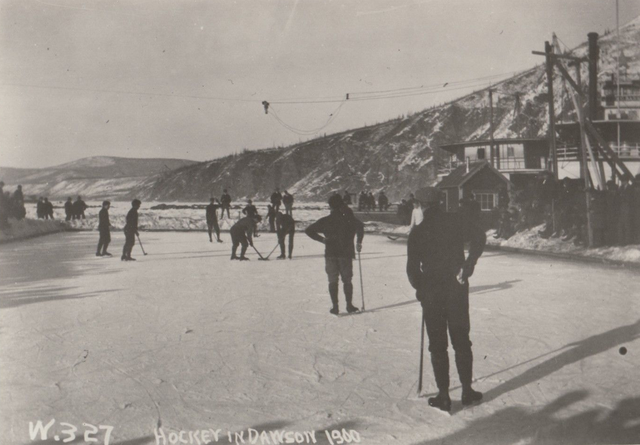 There was a 4 team senior league in Dawson City.

The townsite was founded by Joseph Ladue and named in January 1897 after noted Canadian geologist George M. Dawson, who had explored and mapped the region in 1887. It served as Yukon's capital from the territory's founding in 1898 until 1952, when the seat was moved to Whitehorse.

Dawson has a much longer history, however, as an important harvest area used for millennia by the Hän-speaking people of the Tr’ondëk Hwëch’in and their forebears. The heart of their homeland was Tr'ochëk, a fishing camp at the confluence of the Klondike River and Yukon River, now a National Historic Site of Canada. This site was also an important summer gathering spot and a base for moose-hunting on the Klondike Valley.