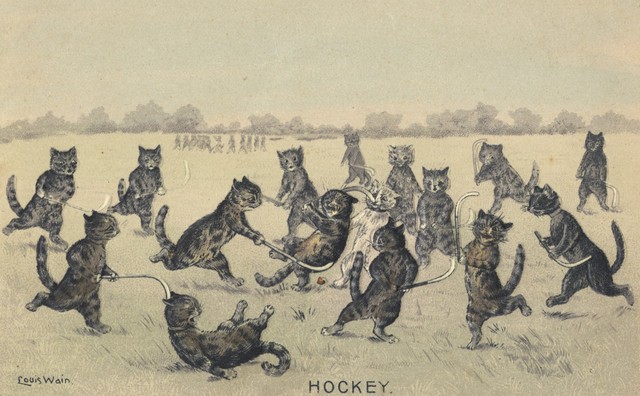 Louis William Wain (Born August 5, 1860 in Clerkenwell, London, England – Died July 4, 1939) was an English artist best known for his drawings, which consistently featured anthropomorphised large-eyed cats and kittens. In his later years he may have suffered from schizophrenia (although this claim is disputed), which, according to some psychiatrists, can be seen in his works.

Wain was involved with several animal charities, including the Governing Council of Our Dumb Friends League, the Society for the Protection of Cats, and the Anti-Vivisection Society. He was also active in the National Cat Club, acting as President and Chairman of the committee at times. He felt that he helped "to wipe out the contempt in which the cat has been held" in England.