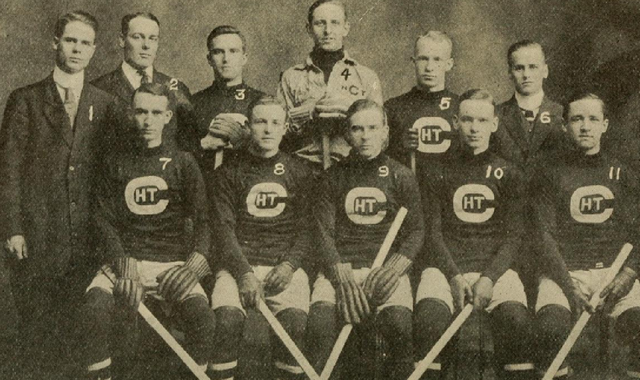 The Big Red became the winningest team in the short history of college Hockey. Cornell completed the season undefeated and untied. A flawless 10-0-0 record belonged to Cornell during the 1910-11 season.

Cornell was not the first undefeated, untied team in the IHA era of college hockey. Harvard had achieved that feat in 1903.

Cornell was the first to win as many games and the first program to equal a decade of wins in a season.

The odds were starkly against the 1910-11 team. The members of that team were forced to play each contest on the road. Further exacerbating the challenges for the enormously successful team is the fact that Talbot Hunter and his skaters practiced and planned on natural Beebe-Lake ice. All contests of the regular season and the IHA championship were played on artificial ice surfaces.

The perseverance and hard work of the 1910-11 Cornell Hockey team is distinctly Cornellian in nature. It overcame grave odds to achieve greatness.