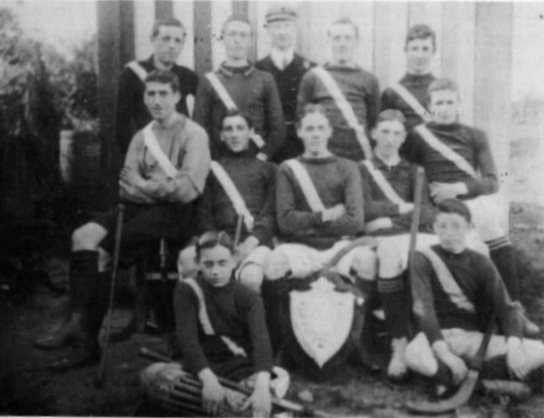 In 1903-4 the club made its first appearance in competitive hockey in the Minor League. They won 11 out of 16 league matches. In the following year came greater success with an unbeaten league round to capture the Mulholland Shield, the first ever trophy. It was out in display in the premises of Mr. H. Kirkwood one of the Vice-Presidents. In addition they reached the Final of the Minor Cup defeating Monaghan in the Semi-final but losing to Downpatrick at Cliftonville.