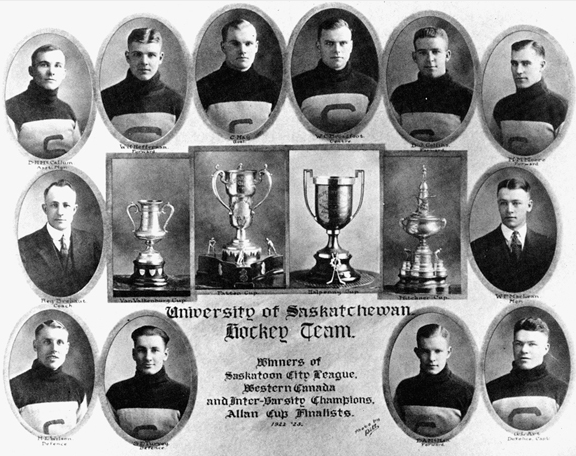 The Van Valkenburg Cup is awarded for the Saskatchewan Amateur Hockey Association / SAHA Saskatchewan Senior Hockey Championship.
Woodburn Merrill Van Valkenburg came to Regina in 1903 to work as a pharmacist with the Canada Drug and Book Company. It was not long after his energy and entrepreneurial drive that led him to enter the pharmaceutical industry on his own. He built the first store of any kind on 11th Avenue. Woodburn then expanded his operations by opening a second drug store at 1833 Scarth St., where he worked until 1928.