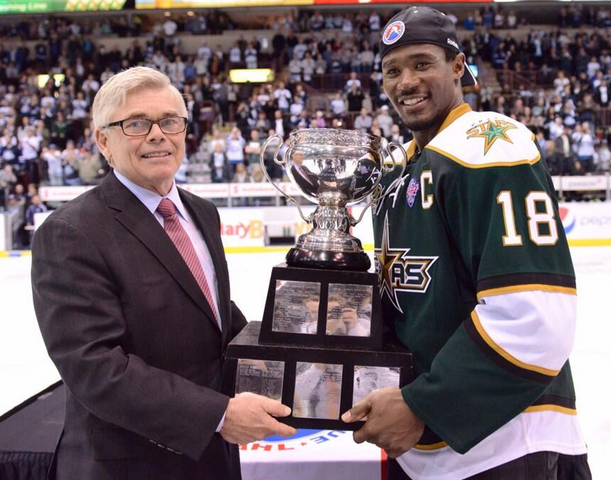 Andrews was born in Nova Scotia, Canada, played the Goaltender position in ice Hockey, and has been inducted into both the British Columbia Hockey Hall of Fame (2005) and the Nova Scotia Sport Hall of Fame (2006). He has won multiple awards including the Lester Patrick Award and James C. Hendy Memorial Award.

Fortunus was born in La Prairie, Quebec, Canada, plays the Defenceman position, and has played over 630 games in the American Hockey League, and started playing Pro Hockey in 2003.
Fortunus is of Haitian descent, his parents were born in Haiti, and emigrated to Canada in the 1970s