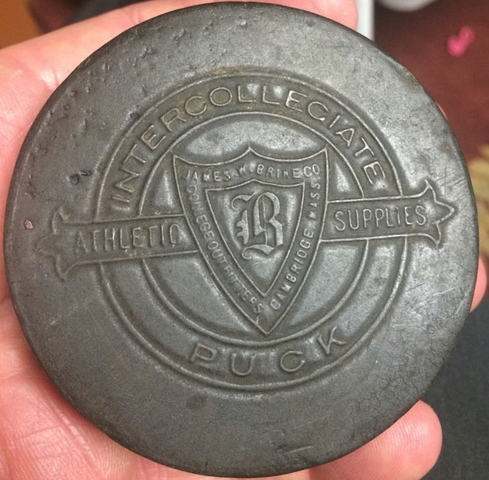 The James W. Brine Company had locations at 436 Harvard St. and 1436 Massachusetts Avenue, Harvard Square in Cambridge, and also at 92 Summer St in Boston, Massachusetts. Also a manufacturing warehouse on Kingston St. in Boston.

The company supplied sporting goods of all types and Men's fashions.

The company was for many years the outfitter for Harvard University Athletic Teams.

The company manufactured many items under it's name.

James W. Brine passed away in 1910, and the company was succeeded by his 2 brothers Louis C. Brine & Herbert V. Brine.

The Brine company was originally started in 1870.