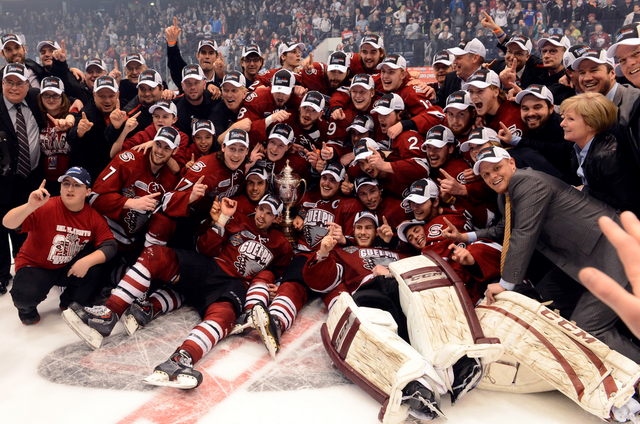 The Guelph Storm are the 2013-14 Ontario Hockey League champions capturing the Robertson Cup with a thrilling 4-3 victory over the North Bay Battalion in Game 5 of the Rogers OHL Championship Series.
Kerby Rychel scored the game-tying goal with 4:29 remaining in the third period then netted the game-winner with just over 26 seconds to play in regulation to clinch the victory for the Storm before a Sleeman Centre crowd of 5,015.

The Storm cap off their best season in franchise history first earning the Hamilton Spectator Trophy as regular season champions with 52 wins and 108 points before winning their third OHL title previously hoisting the J. Ross Robertson Cup in 1998 and 2004.