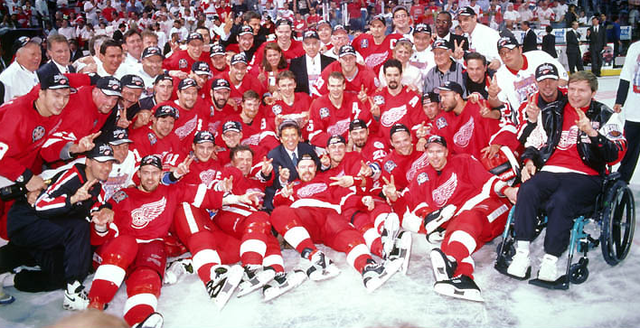 The Red Wings won the series for the second year in a row, four games to none. It was the Red Wings ninth Stanley Cup.

Just six days after sweeping the Philadelphia Flyers in the 1997 Final, two of the Red Wings, defenseman Vladimir Konstantinov and team masseur Sergei Mnatsakanov were in a limousine wreck and sustained serious brain injuries. Viacheslav Fetisov was also in the limousine but was not seriously injured. The Red Wings subsequently dedicated their 1997-98 season to the two injured members and wore a patch on their jerseys bearing the players' initials. When the Red Wings were presented with the Stanley Cup, they wheeled Konstantinov onto the ice and placed the Cup in his lap. They also took him for a victory lap around the ice rink.