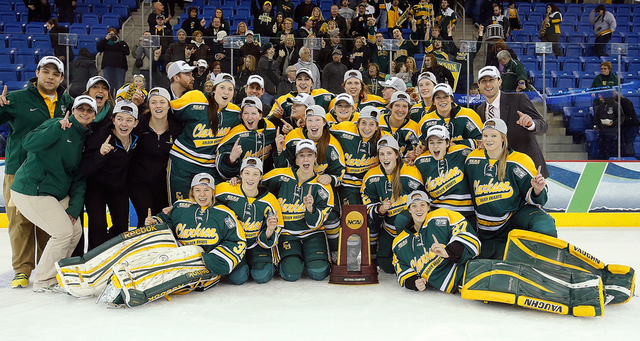 The win is the first NCAA National Championship for any sport in Clarkson University history.

NOTES: In addition to winning the NCAA Division I National Championship, several Clarkson players and the team itself led the nation in numerous categories.