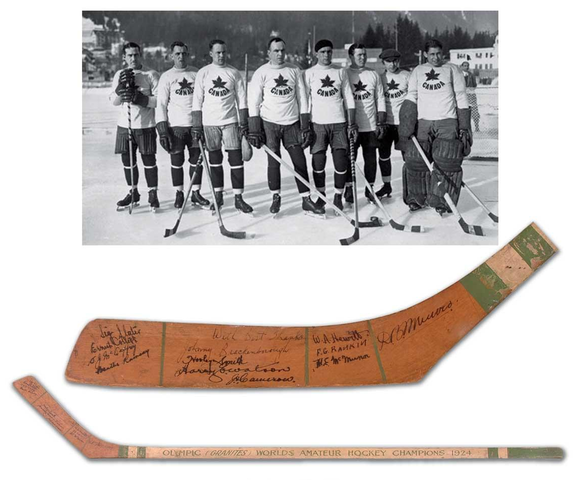 This vintage stick has "Spalding Autograph" printed on the back of the bare blade. "Olympic (Granites) Worlds Amateur Hockey Champions 1924" appears in green letters on a white background along the shaft. Cyril Slater, Ernie Collett, Bert McCaffrey and Beattie Ramsay have signed in the first column at the toe of the blade. "With Best Thanks" heads the next column followed by the signatures of Johnny Brackenborough, Hooley Smith (17 goals and 16 assists), Watson (37 goals) and Jack Cameron. W. A. Hewitt, coach Frank Rankin and Harold McMunn have signed the next column over and Dunc Munro (16 goals) has signed alone on the heel.