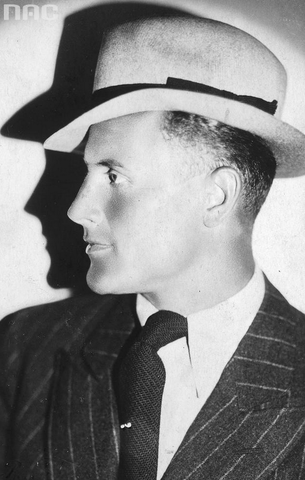 Mieczysław Kasprzycki began his career as a Hockey player in Czechoslovakia in KS Vitkovice and Slavia Prague . He then played in the years 1936 and 1937 in Poland for the Śląskiego Klubu Hokejowego Katowice and then for Dąb Katowice, in the season 1938/39, where he won his first Polish Championship title.

During the Polish campaign in World War II, he fell into German captivity and was in Switzerland where he played some games for Grasshopper Club Zurich. After the end of World War II, he returned to his native Poland, played from 1946 to 1949 for KS Cracovia . With the team he was in the years 1946, 1947 and 1949 respectively Polish Champion. He spent the following three years at KTH Krynica , with whom he 1950 for the fifth and final time in his career won the Polish championship.

Kasprzycki worked as coach of the Polish national team from 1952 to 1955 and during the Olympic Winter Games 1952 in Oslo .