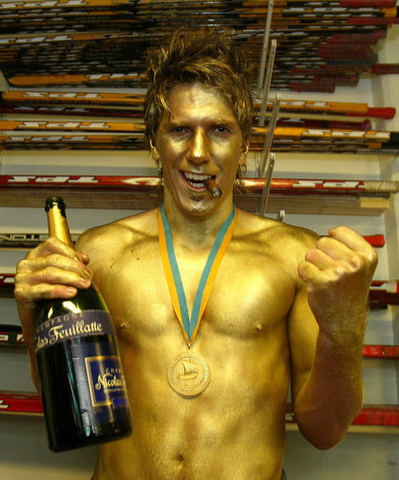 Lundqvist played for Frölunda HC in the Swedish Elitserien. During his years in Sweden, he developed into the league's finest goaltender, winning the Honken Trophy three consecutive seasons; 2003, 2004 and 2005.

In 2005 he also won two of the most prestigious awards in Swedish ice Hockey, the Golden Puck (Guldpucken) and the Golden Helmet (Guldhjälmen).