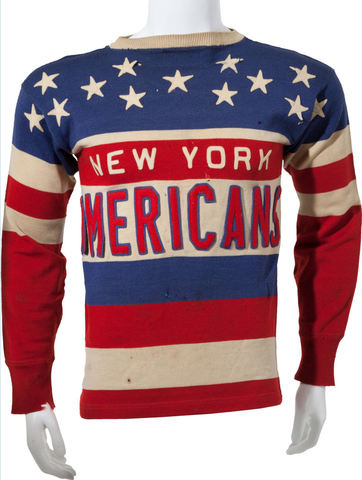 This stunningly well-preserved sweater was originally owned and operated by left winger and defenseman Tommy Anderson, who recorded three goals and two assists during the 1935-36 season as a teammate of Hall of Famers Sweeney Schriner, Nels Stewart and Roy Worters. White felt stars spangled the blue shoulder area of the garment, with "New York Americans" boldly applied below.