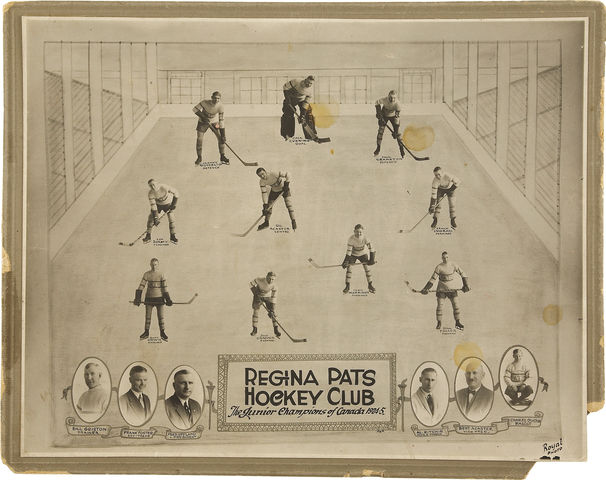 The Regina Pats are the oldest major junior Hockey franchise in the world that have continuously operated from their original location and use the same name. They began operations in 1917. They were originally named the Patricias, after Princess Patricia of Connaught, the granddaughter of Queen Victoria and daughter of the Governor General (the Duke of Connaught). The team name was also associated with Princess Patricia's Canadian Light Infantry, to the point that Pats sweaters still bear the regimental crest as a shoulder patch. In 1923, the team's name was shortened to the Pats. The Pats won Canadian junior championships in 1925, 1930 and 1974, as well as in 1928 when they were known as the Regina Monarchs.