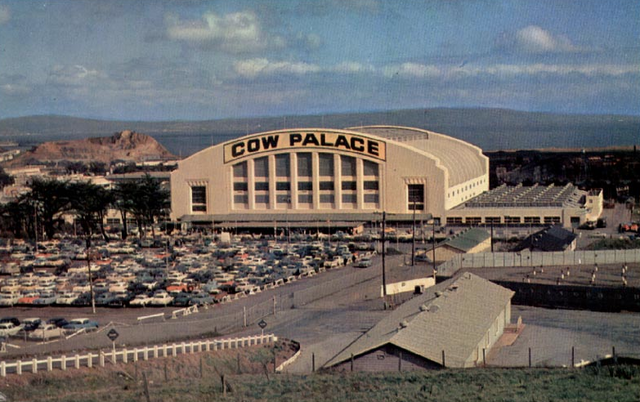 The Cow Palace (originally the California State Livestock Pavilion) is an indoor arena, in Daly City, California, situated on the city's border with neighboring San Francisco.