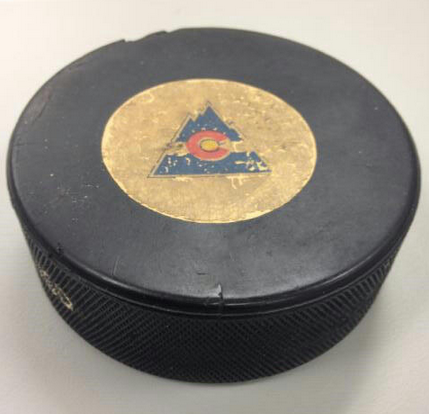 On November 28, 1979, in a game between the New York Islanders and the Colorado Rockies, the Rockies' goaltender left the ice for an extra attacker after a delayed penalty call was called on the Islanders. The puck deflected off the chest protector of the Islanders' Smith into the corner. Colorado rookie Rob Ramage picked up the puck and accidentally made a blind pass from the corner boards in the opposing zone to the blue line. Nobody was there to receive the pass, and so the puck sailed all the way down the length of the ice and into the Colorado net. Smith had been the last Islander to touch the puck, and was credited with a goal.