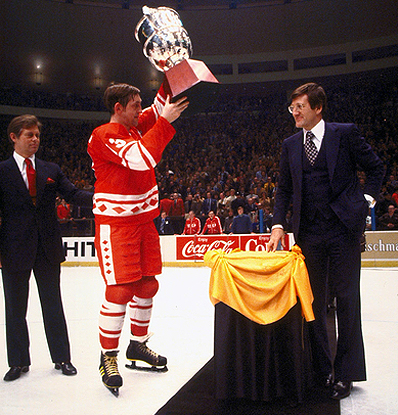 The 1979 Challenge Cup was a series of international ice hockey games between the Soviet national ice Hockey team and a team of All-Stars from the National Hockey League, held in New York City. It replaced the NHL's all-star festivities for the 1978–79 NHL season.

The games were played on February 8, 10, and 11 at Madison Square Garden. The Soviets defeated the NHL All-Stars 2 games to 1.