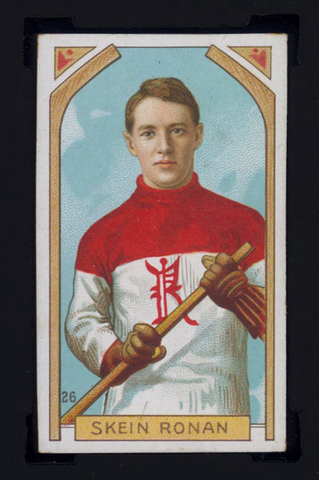 This one-of-a-kind C55 Proof possesses greater detail and clarity, particularly on Ronan’s face, jersey, and glove. The outer portions and borders of the card have similar defining characteristics as does the background, which is quite distinct. The player's name at the bottom of the card is centered on the nameplate. On the regular issue, Ronan's name is positioned slightly to the top. There are registration lines near all four corners.