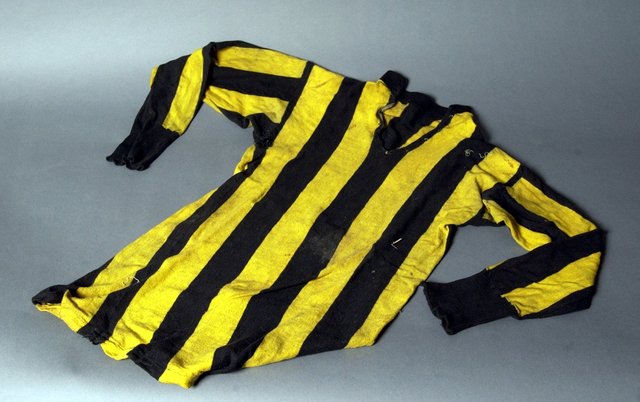 Clare hurlers recorded a historic double in 1914 when both the Senior and Junior teams won All-Ireland honours for the first time, beating Laois and Kilkenny respectively.

Jack Spellissy (father of local historian Sean Spellissy), Parnell Street, Ennis, who was a member of the junior team that defeated Kilkenny, received this jersey from an opponent that day.