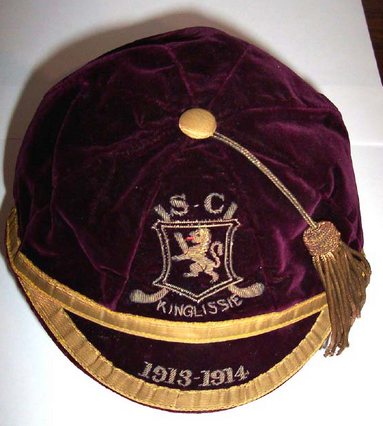 In the 1914 final Kingussie defeated Kyles Athletic 6-1. Due to the Great War, caps were not presented to the winning team until the 10th November 1919. Seven of the Kingussie players were present together with the families of five players who succumbed during the Great War.

This cap was presented to Thomas James Macpherson. It was donated to the Clan Macpherson Museum by his son, Dr. William John (Iain) Macpherson, Cambridge, England.