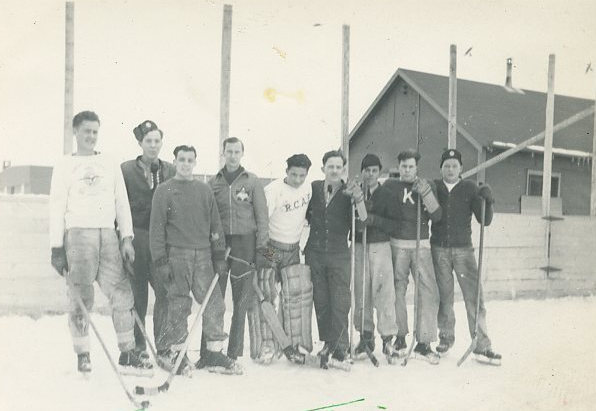 Royal Canadian Air Force - RCAF - Ice Hockey - 1940s - The only facility of its kind in Ontario during the Second World War, No. 1 Technical Training School, St. Thomas, was established by the Royal Canadian Air Force in 1939 to produce skilled ground crews for active wartime service. It was housed here in this hospital complex and was operated in compliance with Canada's commitment to establish air training facilities in sites removed from the theatre of war. Equipped to handle more than 2000 students at a time, the school offered six month courses for aircraft electricians and aero-engine, airframe and instrument mechanics in addition to specialized training for fabric and sheet metal workers. When the war ended in 1945 the school was closed and the complex was returned to the Ontario Department of Health