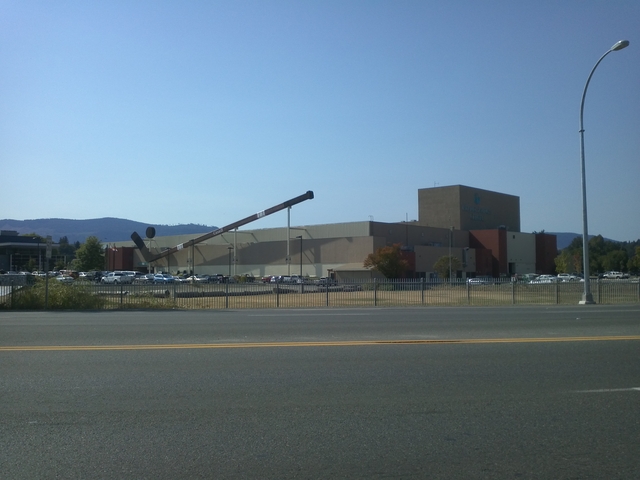 Mounted on the eastern wall of the arena is a 62 m (205 ft) Hockey Stick, and Puck, it was declared the World's Biggest by Guinness World Records.

Built in 1985, at Penticton, British Columbia, and modelled after Tony Tanti's stick.

The Stick & Puck originally adorned the entrance to Expo '86, albeit a slightly different pose, beside the "Largest Flagpole".

A society to get the Stick to Duncan was launched after Expo 86 ended, the attempt was successful and funds were obtained to pay for the dismantling, transportation, and reconstruction of the stick.

The Stick was dedicated on May 21, 1988, 2 years and 1 day after Expo '86 opened. The Island Savings Centre (formerly the Cowichan Centre) is a recreational centre serving Duncan, British Columbia. It has a pool, theater, arena, gymnasium. It was built in 1978.