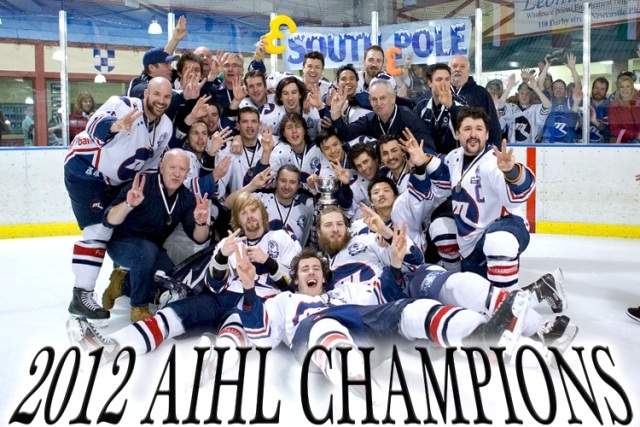 The Australian Ice Hockey League’s Melbourne Ice set an impressive historical record by winning Ice Hockey Australia’s prestigious J.E. Goodall Cup for a third consecutive season after an exciting third period contest against the Newcastle Northstars. The final game between the Melbourne Ice and the Newcastle Northstars was rated as a “classic” game of hockey with both teams exhibiting a level of play and skills not readily seen in previous finals. Northstars scored the first two goals of the first period and looking like the period would end 2 – 0 when the Ice found the net with a 01:44 remaining to close the gap 2 – 1. Both teams went end-to-end in the second with the Ice tying it up 2 – 2 and scoring their third with 00:51 seconds remaining to end the second period 3 – 2 in favour of the Ice. The third had the Ice scoring their fourth at 09:39. The Northstars mounted a momentous attack scoring their third with 05:44 remaining and pulled out all stops to tie the game for an overtime sudden death. The Ice countered with a tremendous defensive effort against rush after rush to hold on to the 4 – 3 win and their third historical consecutive League Championship. AIHL Award Winners: