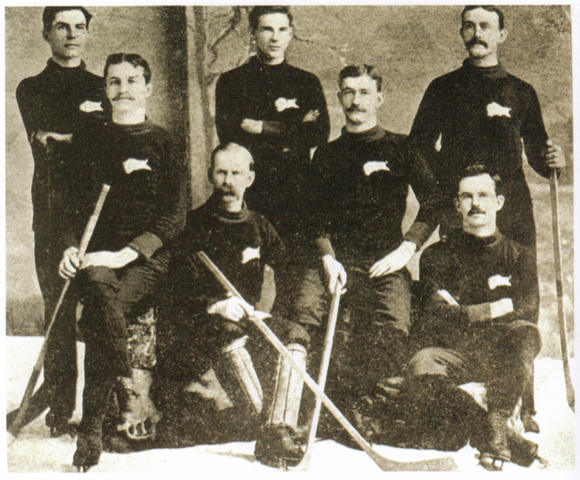 Two weeks later the Winnipeg Victorias locked up the MHL season title to retain ownership of the cup and were immediately challenged by the Montreal Victorias when their regular season concluded with them repeating as AHAC champions in early March.

The only problem was that no suitable ice could be found with spring now on hand and the Montreal Victorias challenge, while accepted by the trustees, was postponed until the following winter. When cold weather again arrived, before the start of the 1896-97 season, the Montreal Victorias challenge of the Winnipeg Victorias was scheduled on December 30th, 1896 to be played at the Granite Rink in Winnipeg.
An interesting factoid for this 2-0 win over the similarly named Montreal Victorias is that the very first Stanley Cup Parade was held in Winnipeg on Main Street celebrating this victory. EXCELLENT STORY ABOUT THIS GAME AND TEAM available here http://www.habseyesontheprize.com/2007/03/1896-stanley-cup-champion-winnipeg.html