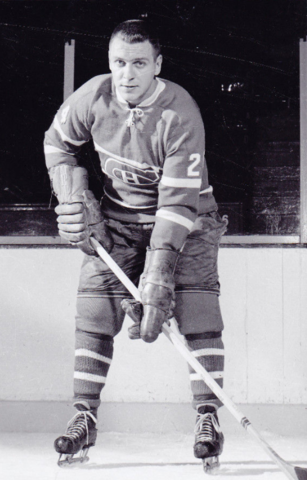 He made his NHL debut in 1960-61 and carved out a spot on the Canadiens roster with his speed and ability to adapt to any situation. Tremblay scored seven goals in 45 games in his rookie campaign and six more in the playoffs. He stepped up when others fell to injury in his sophomore year, notching a career-high 32 goals while playing in every one of the 70 games on the schedule.

His team ended a five-year playoff drought in 1964-65 but Tremblay missed out, recovering from a leg injury he suffered less than halfway through the season. He finally had his chance to sip from the Stanley Cup for the first time the following spring. Tremblay and the Canadiens repeated in 1967-68 and his name was engraved a third time following the 1968-69 championship.