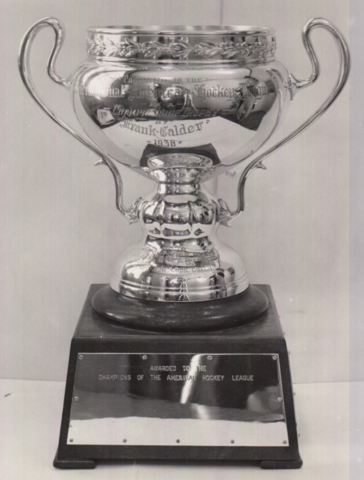 The Calder Cup trophy itself was actually first awarded in 1938 to the Providence Reds for winning the second International-American Hockey League championship.

The trophy is named for Frank Calder, who served as the National Hockey League’s first President from 1917 to 1943. During the 1920’s, Mr. Calder was instrumental in guiding Hockey into the mainstream of America’s major cities including Boston, New York, Detroit and Chicago, while helping in the formation of the American League.