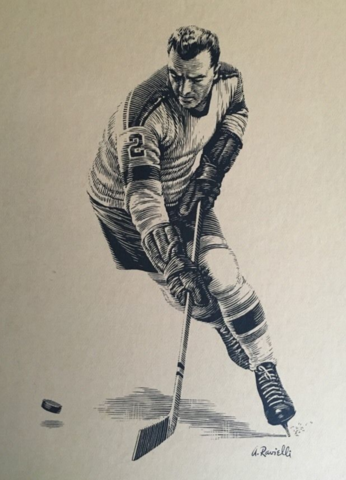 He attended the Textile High School, taught himself anatomy by volunteering at the Bellvue Hospital morgue, and later studied at the Cooper Union and Art Students League.

He began his career as a portrait painter, went into advertising, and by the early 1950s had become an author and freelance illustrator. By this time he had mastered what would become his signature medium–the scratchboard (or scraperboard, if your British). His spare, elegant, and remarkably accurate illustrations still stand today as some of the best examples of the medium.