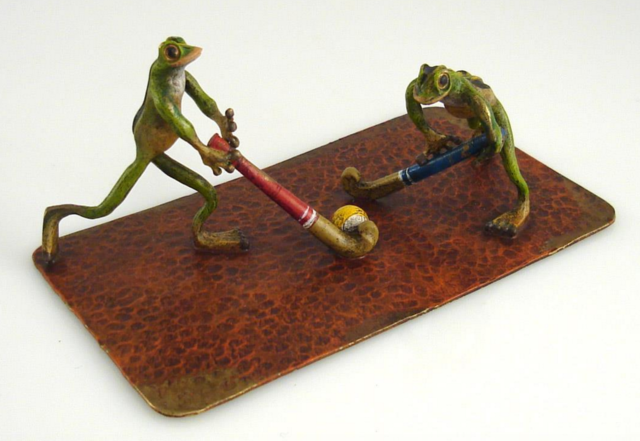 Bergmann is often incorrectly described as a sculptor but he was not; he was a foundry owner. His workshops employed, on a temporary basis, many anonymous sculptors.

Cold-painted bronze' refers to pieces cast in Vienna and then decorated in several layers with so-called dust paint; the know-how for the mix of this kind of paint has been lost. The color was not fired hence 'cold painted'. The painting was carried out mainly by women working at home, a typical cottage industry.

The Bergmann foundry was closed in 1930 due to the Great Depression. It was reopened some years later by Robert Bergmann, son of Franz Xaver Bergmann, and operated until his death in 1954 when the remaining stock and molds were sold to Karl Fuhrmann & Co.