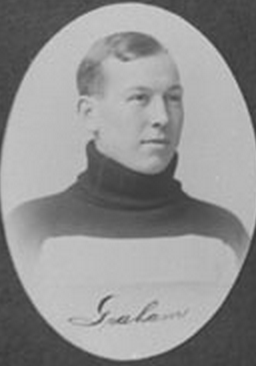 Graham starting playing junior Hockey with the Hull Excelsiors in 1909, and then joined the Ottawa New Edinburghs for 1 game, before playing with the local Ottawa Stewartons for 3 seasons, scoring 17 goals in 20 game.

Graham joined the NHA's Senators at the start of the 1913 season. In 1914-15 he scored nine goals in 17 games and appeared headed for a bright future. His progress was interrupted by four years of military service during World War I.

Graham played six NHL seasons as a role player with the Hamilton Tigers and Ottawa Senators in the 20s. He was fine goal scorer in the NHA but was used in a more defensive role in the NHL.

Graham won the Stanley Cup with Ottawa in 1921