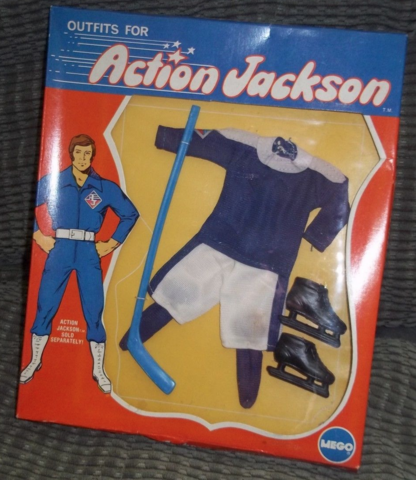 Action Jackson was a line of action figures and accessories manufactured by Mego Corporation in the early 1970s. Mego's first foray into action figures, the line was an initial success but then lost out in sales to Hasbro's G.I. Joe line. Nonetheless, Action Jackson laid the template for Mego's popular later lines of 8-inch action figures based on licensed characters from such franchises as DC Comics, Marvel Comics, and Star Trek.

The line was one of Mego's first attempts at producing action figures with interchangeable bodies. Generic bodies could be mass-produced and different figures created by interposing different heads and costumes on them. Constructed primarily in an 8-inch (200 mm) scale, the figures helped set an industry standard in the 1970s.

Heavily promoted on television commercials and in newspaper advertisements, the Action Jackson line was a big seller on its 1971 launch, but by 1974 had faded in popularity.