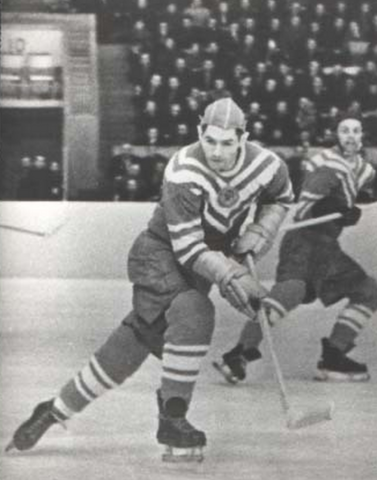 Tregubov played 100 games for the Soviet National Team during 8 seasons.

Tregubov played in six IIHF World Championships, being named the best defenceman in 1958 and 1961.

The defensive pairing of (Nikolai) Sologubov and Tregubov was probably the best defensive tandem in Europe and World Championships from 1956 to 1961. Each of the pair was named the best defender in the World during this period: Sologubov - 3 times, Tregubov - 2 times.

Tregubov was more inclined to be a defensive defenseman, and while he would join his teammates on the attack, he never skated too deep into the opposition zone. He preferred to shoot at the net from the blueline, but his long, powerful slapshot put fear in the hearts of the opposition goalies. Once, during a game in Siberia at about -20, when Tregubov took a wrist shot, the puck hit the post and broke into pieces.

Some of the mental aspects of Tregubov’s game were a mirror reflection of Sologubov’s style. In strength and stamina, Tregubov was superior to his older partner, but they had the same dedication and ruthlessness and the same loathing for defeat. Yet, the younger man didn’t copy his superior; rather they supplemented each other and that made them perfect partners on the ice.

Tregubov was a master at holding on to the puck exactly as long as needed before dishing off a precise pass, and was extremely tough to beat on one-on-one situations, as he was always able to keep the necessary distance from his opponents and was able to knock the puck from their possession thanks to his skilled stick.

Tregubov was also nicknamed "Ivan The Terrible" by Canadian players after competing against him at the World Championships.

Ivan Tregubov was inducted into the USSR Hall of Fame in 1956.