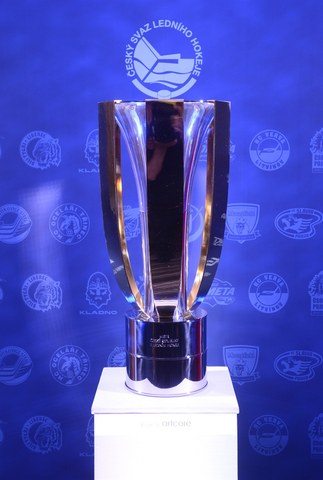 The trophy is named after Tomáš Garrigue Masaryk.

Tomáš Garrigue Masaryk was the first president of Czechoslovakia, presiding from 1918 to 1935 and is one of the most respected figures in the nation's history. He is also connected to some significant Czech Hockey firsts as well, donating the first domestic championship trophy in 1924 (Českého svazu hockeyového) and presenting the winning team the championship trophy to the gold medalists at the 1933 World Championships in Prague.

The trophy measures 73.8 cm and weighs approximately 15 kilograms. It consists of a gold-plated outer part of the inner shell and a lightweight silver base made of polished stainless steel.

On the base, names of all future championship teams and players will be engraved year to year, much like the Stanley Cup.