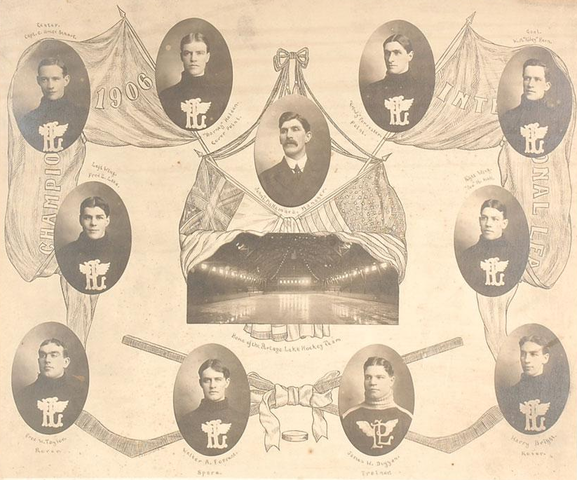 The International Professional Hockey League (IPHL) was the first fully professional ice Hockey league, operating from 1904 to 1907. It was formed by Jack 'Doc' Gibson, a dentist who played Hockey throughout Ontario before settling in Houghton, Michigan. The IPHL was a five team circuit which included Pittsburgh, Pennsylvania, Sault Ste. Marie, Ontario, Sault Ste. Marie, Michigan, Calumet, Michigan and Houghton. The IPHL was instrumental in changing the nature of top-level senior men's ice Hockey from amateur to professional.

Sourced from ClassicAuctions.net. Credited to A W Buck Studio - Houghton.