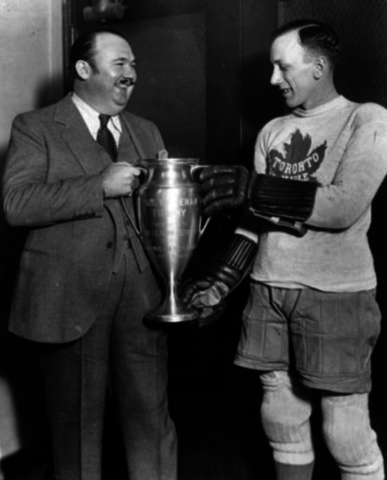 In 1928-29, Ace's third season in the NHL with the Toronto Maple Leafs, he finished the season as the NHL's goal scoring champion, winning the Paul Whiteman Trophy (a predecessor to today's Maurice "Rocket" Richard Trophy) with 22 goals (10 assists) in 44 games.

The Paul Whiteman Trophy was never presented again, and Ace Bailey kept it.
It is now on display at the Bracebridge Sports Hall of Fame in Bracebridge, Ontario.