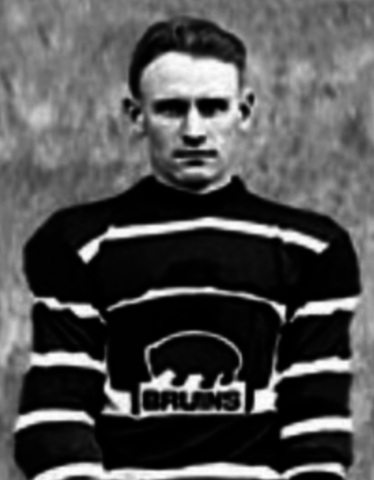 Brackenborough played for the Ottawa Grand Trunk in 1915, but was interrupted for three years by military obligations. He returned to the ice in 1919 to play Senior Hockey with Depot Harbour to 1920.

Brackenborough then played with the NOHA North Bay Trappers from 1920 to 1922 and signed with the Ontario Hockey Association / OHA-Sr. Hamilton Tigers to start the 1922-23 season and was an instant success scoring 20 goals and leading the league with 28 points. The following year he was equally impressive with 13 goals and a league leading 12 assists, but his season ended in tragedy by an eye injury in a game versus the University of Toronto on February 28, 1924, when he lost the sight in his right eye.

His injury kept him off the ice the following year, but he was fit to play in 1925 and signed a free agent deal with the Boston Bruins. In the seven games he suited up for the Bruins he was unable to rediscover the scoring touch he had before the injury and he elected to retire from the game of Hockey.