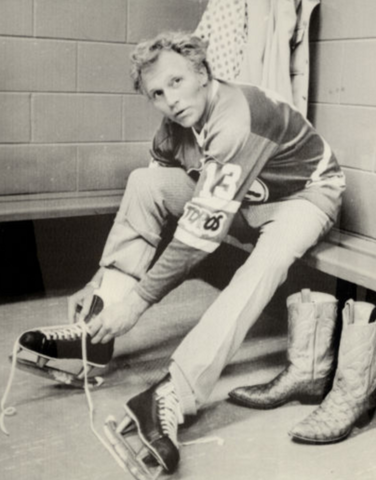 Evel Knievel lacing up his Hockey skates in the Toronto Toros dressing room on March 24, 1975.

Knievel, who was once player-manager-owner of a minor-league Hockey team in Butte, Montana U.S.A., was invited to take four shots on Toros No. 1 goalie Gilles Gratton between periods of a home game against the Houston Aeros. Knievel was offered $5,000 for every goal. ABC’s Wide World of Sports flew in Frank Gifford for the much-hyped event to cover the shootout.