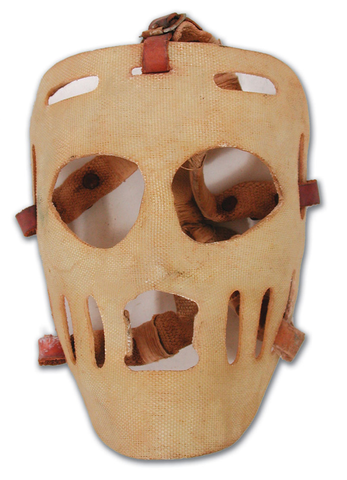 Worn by Gordon Dibley during the 1967-68 season while playing for the Columbus Checkers.

Ross Ingram "Lefty" Wilson was one of the early pioneers of the goaltender's protective face mask, making the iconic mask that Terry Sawchuck wore, among the many others that he made for pro and top amateur goaltenders.