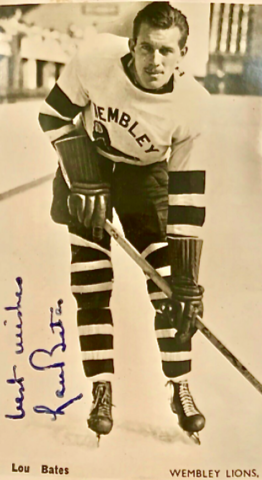 John Louis "Lou" Bates (c. 1912 in Ottawa, Ontario, Canada – Died July 30, 1987 in London, England) was an ice Hockey defender who played in the English National League for the Wembley Lions.