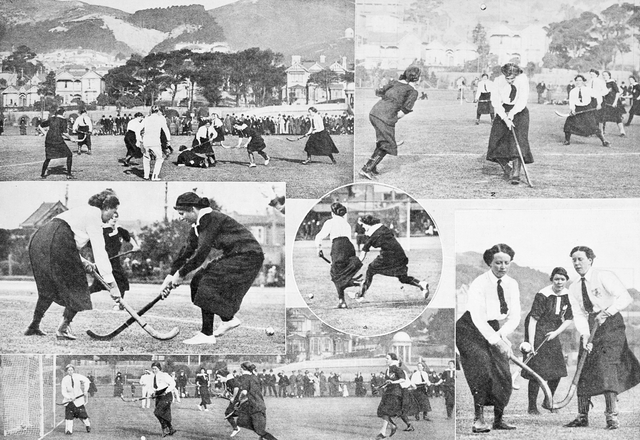 First women's Hockey international in New Zealand, played in September 1914 against an All-England team at the Basin Reserve, Wellington. England led 3–1 at half time but New Zealand drew ahead to lead 5–4 before England scored two late goals to win the match.

This was the first time a New Zealand women's team had played an international match in any sporting code.