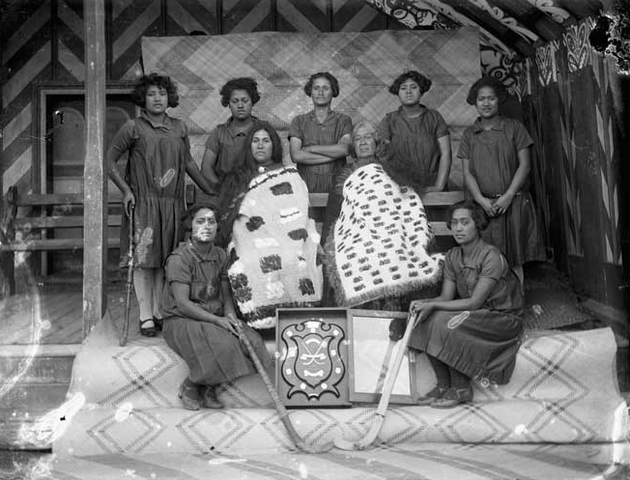 In its early years, Māori hockey tended to be organised around family, club or other local affiliations. This photo from the 1920s shows the Pakipaki Young Māori Party women's hockey team on the verandah of the meeting house at Ngāti Mihiroa marae, Pakipaki, Hawke's Bay. In the back row, left to right, are May Ratima, Agnus Hape, Te Noti Kani, Hunuku Orikena and Wiki Neri; centre, Peti-ite-rangi Akanga and Pukepuke Tangiora; and front, Mana Pohe Harrison and Mabel Te Whero.