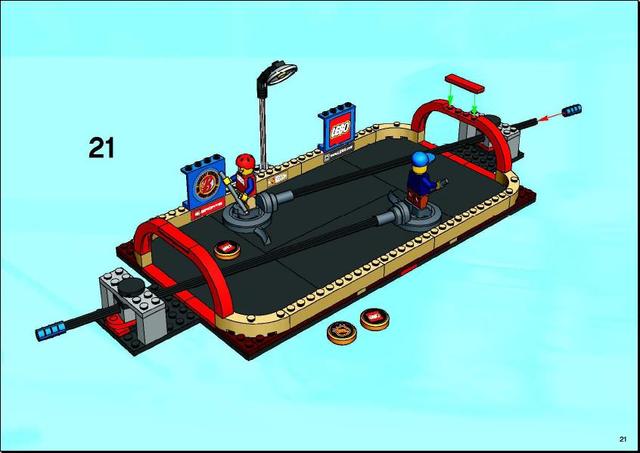 The arena is based upon a blacktop, having a completely black bottom with tan walls. On the walls are two billboards, and a street lamp in between them.

The minifigures are able to be moved by small stands that may be moved behind the goals by a long stick for each player. The set consists of 114 pieces total.